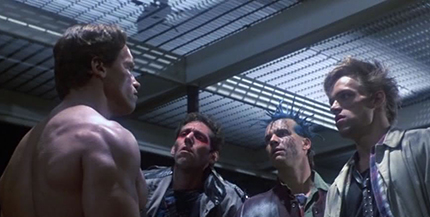 Your CAFRs: Give them to me.

I’ve been searching through Comprehensive Annual Financial Reports for a few months, collecting data for my thesis. I am trying to determing determine whether regionalism has ameliorated, exacerbated, or had no effect on the depth of fiscal crisis for center-cities throughout the upper Midwest.

To do this, I needed to hunt down municipal finance data for 2007-2011. I started looking in city budgets for each year of the study, but luckily a finance buddy of mine reminded me that budgets are reflections of expectations, and seldom show what actually happens in a year.

He pointed me, instead, to audit reports. These are published each year as a retrospective on the municipality’s finances. Since I’m not trying to predict fiscal stress, like most of the literature I reviewed does, I could use this lagged data.

I also wanted city employment data. From what I know about local government, cuts to employees are usually avoided because of the political fallout and the implied cuts to service. Further, police and fire are usually the last politicians like to cut – blame it on strong labor influence, concern for welfare, or the simple fact that we like police and fire. If a municipality is cutting back on these employees drastically, then they are surely in a state of crisis.

The problem? The US Census of Governments estimates Full Time Equivalent (FTE) employees based on survey data, not always on actual reported data. I pulled this data from the census, organized it for each city (no small undertaking), and then found that NOT ONE SINGLE YEAR matched the number reported in that fiscal year’s audit report for ANY city. What a mess.

But then, a breakthrough. The Comprehensive Annual Financial Reports prepared by most (more on that in minute) municipalities report not only that year’s FTEs, but the previous 10 years as well! In addition, CAFRs have usefu things like fund balances, comparable reporting on expenses and revenues, per capita statistics, population, and basically everything I need.  Hooray!

And then, another roadblock. In 2009, Indiana decided that some municipalities did not need to create CAFRs anymore.  Indiana in general has more county- and regional-friendly municipal governing structures, so this is a big issue for validity of findings. Luckily, “Class 1” cities in Indiana still publish CAFRs. Indianapolis is one of them, but Evansville, Fort Wayne, and Lafayette are not…

Couple that with a few stragglers who neglect to publish CAFRs on their website, and you get the following list of shame:

Your CAFRs Give them to me.

That leaves me with complete data on 38 of 44 municipalities… Normally 38 would be a decent sample, but because the omitted cities are the result of a non-random barrier, I can’t trust that there is no bias…

Any thoughts on where to find the following for each of the above cities would be greatly appreciated!

Here’s an example of the data I need from Rochester, MN (Excerpts from the 2011 Comprehensive Annual Financial Report)